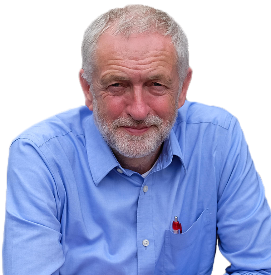 At a packed Kidderminster Town Hall meeting of Wyre Forest Labour members held on Tuesday 9th August at 7:30pm, and called for the purpose of nominating a candidate as part of the Labour leadership election process, the vote by a majority of 57% to 40% went in support of Jeremy Corbyn.

There were impassioned speeches on both sides of the argument for candidates Jeremy Corbyn and Owen Smith, but in a secret ballot at the end of the debate, Corbyn won the day. The result will now be confirmed to Labour Party Headquarters as the campaign heats up over what’s left of the summer hustings, and as it heads to its conclusion in a full membership ballot ending 21st September 2016. The winner being declared 24th September.

Reflecting the national trend, Wyre Forest Labour has also seen a dramatic rise in membership with nearly 200 new members in recent months with 35 joining the district Party in the last week alone. This indicates a rise in support for the Party from ordinary people and the growing strength of it as a social movement for the progressive change the country needs. It meant standing room only for many at the meeting as members were keen to get involved, to speak, listen and debate.

There was common ground on policy around the room as all members, whichever candidate they spoke in favour of, agreed that austerity needs to end with investment in housing, transport, jobs, education, public services, and most critically the NHS, being put at the core of a future Labour Government’s plans. This would also include an end to zero hour contracts and better rights for British workers, along with re-nationalisation of the railways, Utilities and Royal Mail. In the end, members felt Corbyn was best placed to deliver on these commitments by offering something new to the British people that would put them at the heart of Labour’s agenda in order to increase prosperity and living standards for everyone.

This could all be summed up with a comment from one speaker who said in support of Corbyn “all we want is to have our say” when referring to how the Party should put ordinary people first.

Labour Press Officer Stephen Brown said “Although members entered the room with differing views on the merits of each candidate, members demonstrated solidarity by agreeing that whoever wins in September, everyone in Wyre Forest Labour will pull behind the elected leader to ensure Labour gets its message across as the only credible alternative to a divisive pro-austerity Tory Government that has only served the wealthiest in society”.