Patricia Palmer has been a stalwart of Bewdley and Wyre Forest Constituency Labour Party for over 50 years.

Her service to both Party and Community was recognised at Labour Party Conference recently when she was awarded a prestigious Merit Award by Leader Jeremy Corbyn, and his Deputy, Tom Watson. 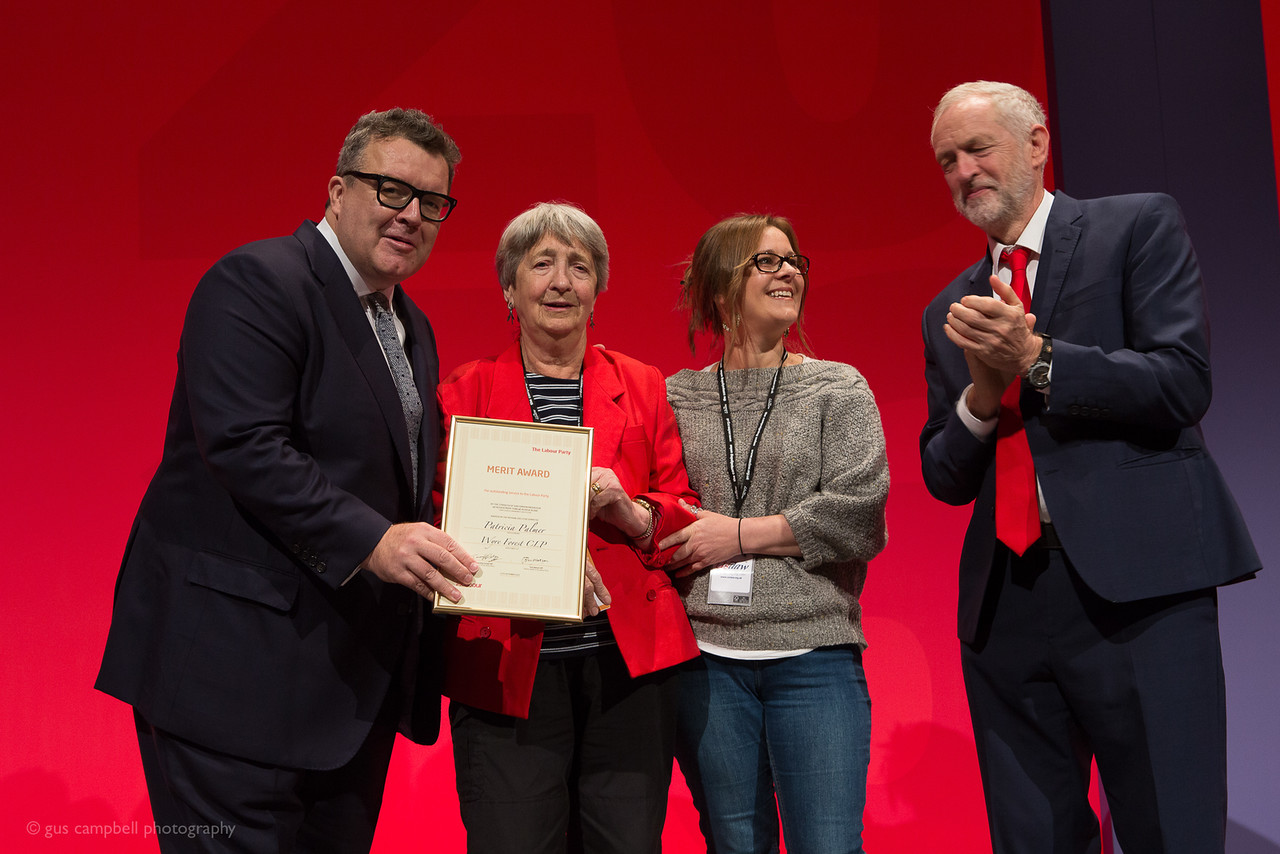 Patricia’s story is something else, and portrays the great strength of character that has become one of her trademarks in her own community.

At the end of World War 2, when Europe was in turmoil, she went to France to travel and work which let’s face it, was no mean feat for anyone, let alone a single young woman, and it’s where she became a fluent French speaker and keen walker.

When back in the UK, Patricia’s love of language and sharp eye for detail helped her to get a job as an assistant to the author Barbara Taylor Bradford (Barbara’s book ‘Woman Of Substance’ is in the top ten of the best selling novels of all time) before eventually becoming a Secondary School Language Teacher.

Her strong trade union and labour movement beliefs then lead her to become a Town Councillor, representing Wribbenhall for Labour on Bewdley Town Council from 1985, where she served for 16 years and won 4 elections.

In 1991, Patricia became the first Labour Councillor to be elected Bewdley Mayor by her fellow town councillors. This was especially significant because Labour was a minority on the council and her election reflected the esteem in which she was, and still is held, even by her political rivals! Patricia served the town with great distinction and was instrumental in building up the twinning links with Fort Mahon Plage in France and Velmar in Germany.

Patricia was very actively involved with Worcestershire’s County Association of Local Councils, as well as its national body. She had a great interest in the Citizen’s Advice Bureau and thanks to her efforts a CAB Branch was opened in Bewdley to serve the town. Patricia also served as a Governor of Wribbenhall Middle School for 17 years between 1990 and 2007.

Patricia has a ‘can do’ attitude and her efforts in her community were equally replicated privately in her activities such as her coast to coast walks which she loved, and amazingly in one particular drive through the frozen lands of Norway to the Arctic Circle in a Morris Minor, of all things.

These days, Patricia, who is aged 85 and now visually impaired, can no longer edit or knock into shape the Labour election leaflets which her husband Frank, also a Labour Party activist, used to draft. Sadly, it’s been a tragic year for Patricia as her husband died in the summer and is deeply missed. The Merit Award however can be seen as a way of not only recognising her achievements but those of her husband Frank too, as they were very much a team.

Patricia nevertheless continues to be an active member of Bewdley Branch Labour Party and is a delegate to the General Committee of Wyre Forest Constituency Labour Party. The local Party is immensely proud of Patricia and strongly values her continuing contributions to discussions and local policy making.

Stephen Brown (Wyre Forest Labour Press Officer) said “Patricia has given all of her adult lifetime to the labour movement and her community, so her award from the national Labour Party in recognition of this service and achievement is well deserved”.