The Tories are failing our economy 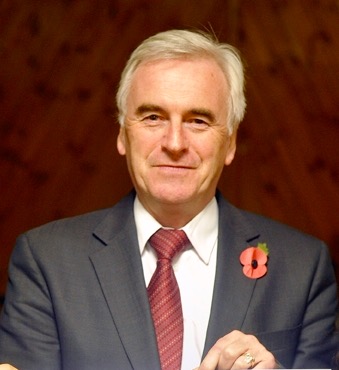 Today’s Autumn Statement underlines the abject failure of the Tories’ economic policy. The ‘long term economic plan’ lies in tatters and the choices the Conservatives have made will leave millions worse off.

The downward spiral of austerity and the failure to invest have left the economy in such a fragile state that growth has now been revised downwards, whilst borrowing and debt will now be higher than expected.

Families will already be facing the pinch, with average earning estimates cut for last year, this year and in the next three years. And despite all this, the Conservatives are pressing ahead with their huge cuts to Universal Credit, hitting working people hard.

Where the Tories have failed, Labour will build an economy that ends austerity, supports investment, supports those in work and properly funds our public services.

Despite the largest deficit and longest waiting lists in NHS history, there was not a single extra penny in the Chancellor’s speech to deal with the crisis in the NHS and social care. The Chancellor didn’t even mention social care in his speech once.

While the Conservatives ignore the impact of leaving our NHS underfunded and understaffed, Labour supporters across Britain will this Saturday be campaigning for the NHS to receive the funding it needs.

We know that only a Labour government will have the ambition and vision to rebuild and transform our economy so that no-one and no community is left behind.

Help us spread that message – join our NHS national campaign day this Saturday by finding an event near you.