This year, the Labour Party suffered a huge loss when Jo Cox was murdered while doing the job she had been elected to do – representing the people of Batley and Spen.

After this tragedy, what we saw throughout the Labour family, and indeed the country, was incredible. People united around causes close to Jo. The Jo Cox Foundation was created, raising almost £2 million for The Royal Voluntary Service, Hope Not Hate and The White Helmets – causes continuing Jo’s work in her constituency, across the UK, and in Syria.

This Christmas a band of MPs (called MP4) have collaborated with some famous names to record a touching tribute to Jo, a cover of ‘You Can’t Always Get What You Want’. All proceeds will go to the Jo Cox Foundation.

Together, we met with MP4 to help promote the single. 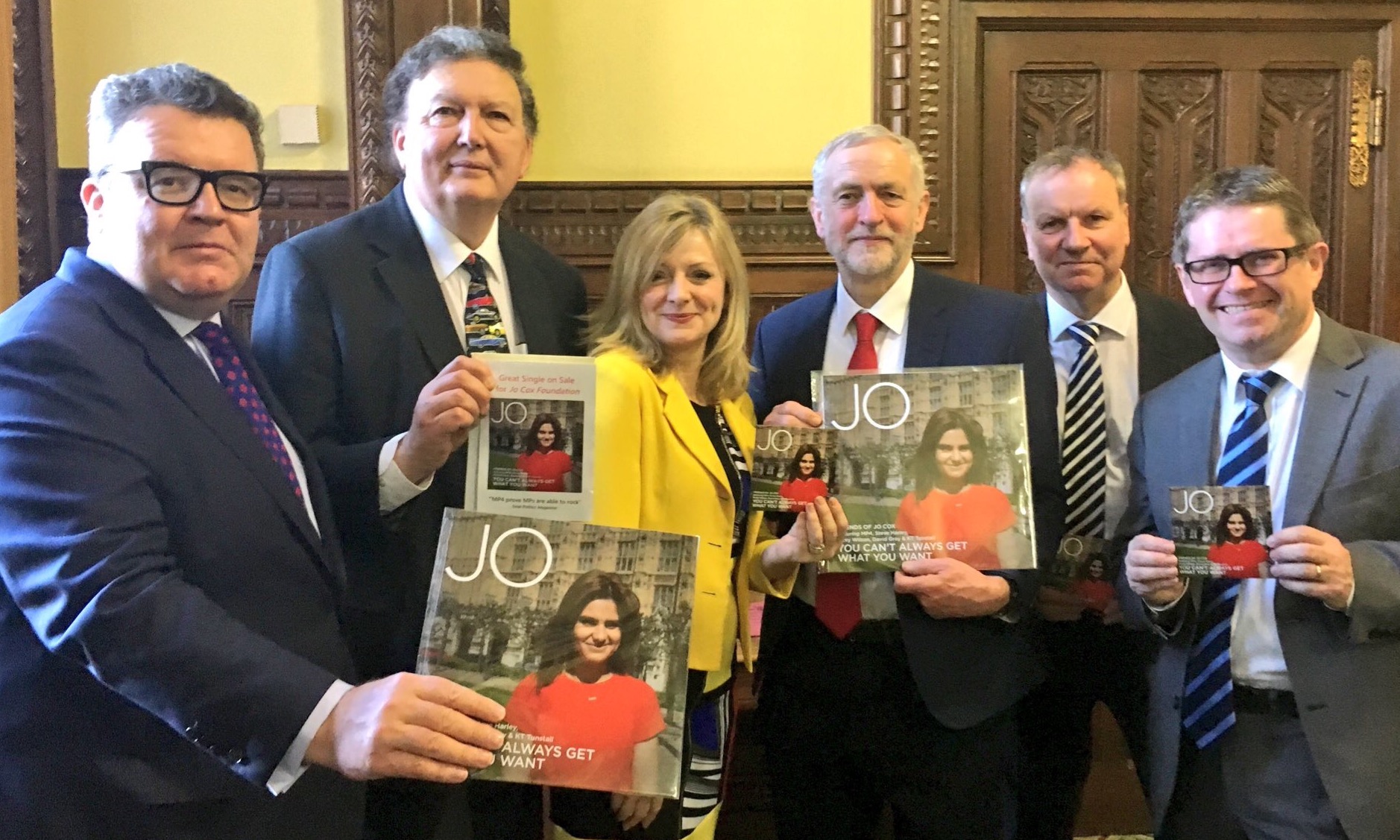 Out of this horrific act of hate, came hope. We received thousands of moving tributes: from those who knew Jo well to those who had never met her – but had been touched and inspired by her passion for tolerance, justice, peace and human rights.

Help us continue Jo’s work this Christmas and beyond by downloading a touching tribute to Jo: Buy the Jo Cox tribute single

You Can’t Always Get What You Want – MP4, Steve Harley, Ricky Wilson, KT Tunstall and David Gray come together in honour of Jo Cox MP’s legacy and work.