The Conservative Administration’s Budget supposedly sets the stall out for the next three years in Wyre Forest, and Labour had attempted to raise specific issues that we were not content with, but received little consideration for our concerns on behalf of residents and businesses, from the Tories.

Nigel Knowles, Labour Leader on WFDC said “Although there were some elements of merit, Labour could not support it, and so we abstained because of a lack of clarity and assurances on key elements and on the basis that a budget has to be set. If Labour were running the Council, our emphasis would be on better support for local housing priorities and helping local business develop. Sadly, these things do not seem to be Tory priorities and economically they will live to regret it”.

Stephen Brown, Labour spokesperson went on to say “Whilst there was a welcome Council Tax Freeze included, regrettably it came with a 5% budget cut and price increases for many Council Services such as Car Parking Charges and some statutory items that we disagree with”.

Labour agreed however with the Conservatives about borrowing £35 million and Labour Councillor Nigel Knowles asked to take this item separately, which was refused out of hand.

Stephen Brown said “Labour’s view is that this money could be used for Social Housing in Wyre Forest and small scale Industrial Units in order to invest in the district and these are key issues of concern for us. Labour want that investment to go into Wyre Forest, not outside as may happen. We don’t want local taxpayers effectively propping up the profits of non Wyre Forest businesses when more locally based businesses could be helped to start up to add value to the local economy”. 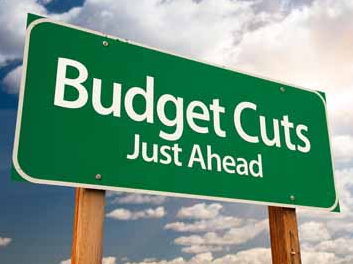 Labour’s main opposition to the Tory Budget was the fact that £2million will be cut from our programme of services by 2020 which is unacceptable. The Rate Support Grant will be replaced by the Business Rates Tax which will be used directly by and go into WFDC services.

Labour’s Stephen Brown said “Unless WFDC can generate more income for its services, and that is the rationale for our investment priorities, the Conservatives will inflict yet more cuts and we think local people have endured enough cuts. There is a different way to generate income for the District, but as ever, the Tories demonstrate contempt for anyone with alternative ideas because they always think they know best”.

Nigel Knowles, Labour Group Leader on WFDC said “The Tories say they will put the Council Tax up next year, as several of them already voted to do so in their guise as County Councillors which is hypocritical and at odds with their locally declared commitment. They cannot be trusted and will inflict more TORY CUTS at County Hall on a range of services. When will they start accepting enough is enough on austerity? It clearly isn’t working and all they’re doing is their masters bidding at Westminster to the detriment of local people in need of important services”.