If Theresa May is so proud of her record, why won’t she debate it?

Wyre Forest Labour welcomes the opportunity to fight the General Election and run our campaign based on the important issues facing our country and the constituency.

Labour offers an alternative to austerity and wants to save our NHS, improve social care, have better housing policy and invest in vital infrastructure to get Britain fit for the 21st Century with better pay, jobs and employment protection.

Labour opposes the Tory vision of a post-Brexit Britain as a corporate tax haven with low pay, low skills, and insecure jobs with handouts for the rich and yet more privatisation.

We will expose the Tory record on, including the part played locally by Tory MP Mark Garnier, in supporting policies designed to make life tougher for decent hard working families here in Wyre Forest with their cuts, NHS destruction, insecure low paid employment and their use of fake statistics to mask it. We will expose the claim that Garnier has already publicly made that because Wyre Forest voted Brexit, it seems the Tories should more or less have Carte Blanche to realise their version of what they think you voted for. No, sorry Mark, true democracy does not work like that.

This election cannot be allowed to be a Brexit referendum re-run. However, that is exactly what the Tories want it to be about because their record on the NHS, education, social care and housing is indefensible. Brexit has already been decided and Labour’s goal is to get the best deal for the U.K. including access to the Single Market and Customs Union to protect vital jobs. The Tories don’t care about these things, and by default they don’t care that their version of Brexit will harm the very people in our working class communities who voted for Brexit. That is why Labour was holding the Government to account over the type of Brexit deal being sought – something Theresa May now terms “division”. What she means is she can’t stand anyone having a different viewpoint. She’d rather be a dictator. The British people did not vote Brexit because of their fears over unaccountable decision makers to have that replaced that with another type of unaccountable decision maker.

Theresa May has spent her entire political career under the radar avoiding responsibility. She doesn’t want to engage in TV leader debates either. Why? What’s she scared of? As Home Secretary she oversaw and was responsible for non-EU immigration figures being higher than EU migration yet she expects us to trust her on both Brexit and immigration now. She said she would not hold a general election, yet here she is calling one. She knew about and approved National Insurance increases despite a Tory manifesto commitment against it. She agreed that fixed term Parliaments were the right thing when enacted, yet here she is reneging on that at the first chance too. She tried to resist Parliamentary scrutiny on what type of Brexit deal.

Theresa May has a poor political nose on the big issues and cannot be trusted on them. On her watch, if re-elected, we may see the UK spilt, a hard Brexit damaging our economy, and more austerity hitting ordinary working families harder than ever. Labour wants something better than this vision for our country and believes we can offer it – one of hope, unity and fairness for all.

There will be much discussion about ‘leadership’ in this election. The question is, what leadership has Theresa May shown? None, she flip flops around to suit hers and the Tory Party agenda in order to stay in power and at any cost to the ordinary people whilst protecting the rich and the tax dodgers. She is a fraud and opportunist not a leader.

Labour will make this election about the issues, about policy, and not about re-running the referendum but we will seek the best Brexit for Britain. Ours is about the future, the NHS, education, housing, investment and infrastructure. Ours is about hope over fear, and fairness over privilege.

Details on who our Wyre Forest candidate will be, will be announced in due course. 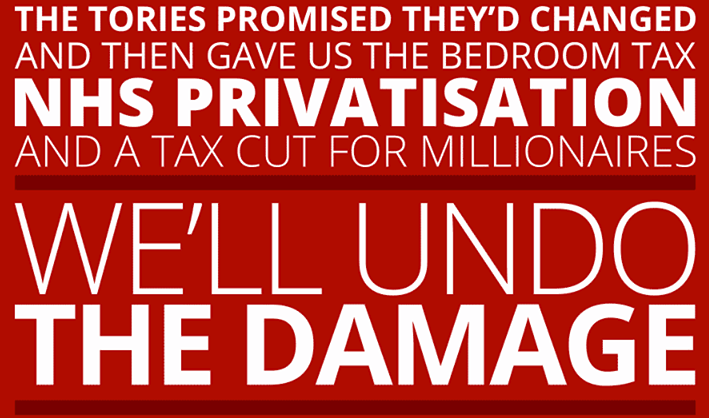 Let’s have the TV debates. It’s what democracy needs and what the British people deserve

Jeremy Corbyn MP, Leader of the Labour Party, responding to reports that the Prime Minister will reject any TV debates, said:

“Elections and democracy are about public debate. So it’s rather strange that only a couple of hours after calling for a General Election, the Prime Minister is saying she’s not going to take part in TV debates.

“I say to Theresa May, who said this election was about leadership: come on and show some. Let’s have the debates. It’s what democracy needs and what the British people deserve.”

If Theresa May is so proud of her record, why won’t she debate it?