Wyre Forest launched its own election campaign on Monday 8th May at 7:30pm to Labour Party members at Kidderminster Town Hall. 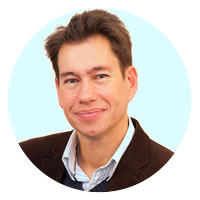 Tony Clay, Labour’s election agent, presented Dr Matt Lamb, our candidate, who is Assistant Principal at Sandwell College and who lived in Wyre Forest for many years as the best candidate available for voters in Wyre Forest for this General Election. Matt then spoke at length about Labour’s plans for Government if elected on June 8th.

Matt outlined a fair taxation policy so ordinary working people don’t pay any more but the rich pay their fair share. About how Labour will ensure Wyre Forest young people will get better opportunities by improving education for all rather than focusing on the out of date divisive Grammar School system like the Tories. He explained how wages will improve along with working conditions by banning zero hour insecure contracts and raising the minimum wage to £10 per hour and how building more affordable homes for rent will improve living standards overall.

He went on to talk about how vital the NHS is and how Labour will make sure it’s there when you need it. Matt wants to see improved local services at Kidderminster Hospital and across Worcestershire and he said this can only be achieved by ending Tory chronic under funding in the NHS and only Labour can save the NHS.

Matt spoke passionately about investing in public transport, renationalising the railways, and ending the privatisation of public services and how we need to ensure social care is properly provided for in order to help those in need.

Moving on to Brexit, Matt said Britain needs a positive dialogue with the EU over Brexit, and not the destructive Tory rhetoric which is harming our chances of getting a good trade deal. The meeting roundly agreed and felt Labour’s current Shadow Brexit Minister Keir Starmer is a much better diplomat and so better equipped to be able to deliver on a Brexit that works for U.K. jobs, which will be important for us here in Wyre Forest.

He summed up by saying “I do not believe Mark Garnier, the current Tory MP, really cares about the ordinary working people of Wyre Forest or their aspirations. He has demonstrated no commitment to them with his hostile position on workers rights, trade unions and wages, by voting through cuts to the NHS and social care, cuts to education, and supporting incoherent policy on affordable housing. Wyre Forest needs a Labour Government for better jobs, better homes, and a better NHS. Labour is offering a Britain that works for everyone and not just the few”.