Wyre Forest workers would be better off under Labour 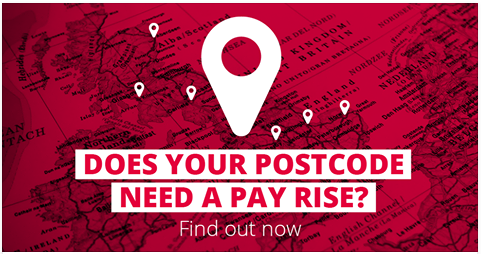 Stephen Brown, Wyre Forest Labour says “In Wyre Forest, it means 24%, or 8,667 of the 36,000 employed workers would benefit from a pay rise under Labour. Something that would make a huge difference to people’s living standards in Wyre Forest. Labour believes Wyre Forest deserves a pay rise. Wyre Forest has struggled with poor wages thanks to Tory austerity since 2010 and it must stop”.

Stephen Brown went on to say “Meanwhile, Wyre Forest Tory MP Mark Garnier again misses the point in his Shuttle column by declaring Theresa May’s ‘public register’ on top bosses pay will somehow make a difference. It won’t. Only regulation will. It’s mere window dressing, another Tory u-turn which shows they’re the mouthpiece of the Corporations, many of whom avoid tax and have been given a huge tax and wealth windfall since 2010 – the richest have seen their wealth rise by 112%.

“I think most people in Wyre Forest are more concerned about paying their own bills, putting food on the table, and their own poor pay levels. It’s a fact that top bosses earn 400 times that of those workers at the bottom on minimum wage. It’s disgraceful but this is the system he, his Party, and his votes has created.

“Whilst Mark’s right about the struggles and due rewards for small business and small traders, the Tories are not creating an economy for them to thrive. The average pay for the self-employed in Wyre Forest is even less than that of employed workers. The whole economic model the Tories have adopted of low employment regulation, low pay, insecure work, and tax dodges for the wealthiest is unsustainable.

“Only Labour can create an economy that works for everyone, offering local businesses an economy and investment that helps them thrive; and workers the prospect of something better than low pay & no job security with a £10 p/h living wage and better employment protection”.

“What we’ve also seen under the Tories is the prospect of a soundbite inspired ‘no deal Brexit’ that will cost the economy and businesses dear. None of us can afford that. Nobody voted Brexit to be poorer, for less employment rights, and for a U.K. tax haven to benefit the very rich corporates that Mark now condemns. He’s a bit confused on his position it seems, probably deliberately so because he takes his voters for mugs and is a master of political duplicity.

“Labour is now the only Party with a coherent Brexit strategy that respects the referendum, but seeks to mitigate against a cliff edge Tory Brexit.  Labour’s call to stay in the single market and customs union offers economic sanity. Something that as an option is possible despite Tory ignorance of the facts on it because they are a Party obsessed and possessed by extremist free marketeers. The Banking crash is an example of what these guys stand for. Ask Mark what he did for a living before becoming an MP. Don’t be fooled again”.

Wyre Forest has a declining working age population, some 4,000 less workers here since 2010. Yet surprisingly, it has not lead to rising wages as employers seek to offset that shrinking supply with better wages to attract workers, as you’d normally expect. Why? One reason is the false Tory unemployment figures of 760 in Wyre Forest which mask the true figure of around 7,000. So, there is still actually over-supply. Another reason is the over reliance of jobs in the retail sector, which is noted for its minimum wage, insecure work (zero hour contracts, temporary and seasonal) and lack of trade unions.

Pay has stagnated in Wyre Forest at the pre banking crash levels of 2008, something our Tory MP seems happy about according to his recent comments, and pay is over £100 per week less here than elsewhere in the West Midlands. You can see the true economic picture in our town centre which has a number of empty shops. Even by the most generous calculation, workers in Wyre Forest earn less than £20,000 per year and you just can’t live comfortably on that or buy a house. That’s why we have over 3,500 on the social housing waiting list, a figure again which masks the real figure of over 5,000 thanks to massaging of how such data and housing need is now assessed.

Mark Garnier in the election hustings promised to do something about improving low pay in Wyre Forest. In reality, he’s done nothing and will do nothing except run job fairs which do not address the underlying problem of poverty pay in Wyre Forest. He should focus his attention on improving low pay rather than spouting propaganda about publishing top pay and pretending it will make any real difference to ordinary workers pay packets.