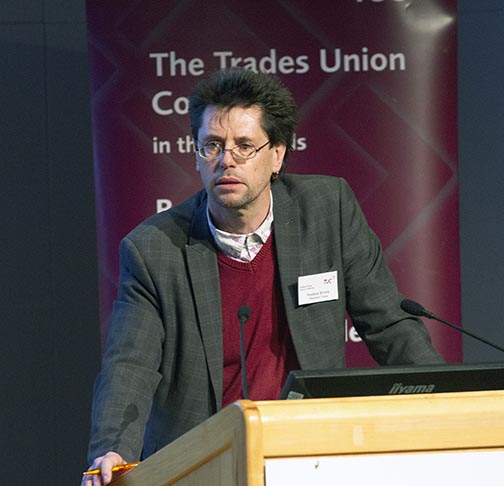 “Seriously Mark, you’re blaming the demise of the carpet industry on the EU and cheap Belgian carpets? Cheap shot especially when carpet imports have remained more or less, recession aside, within an inflationary margin of similar value since 2004 only peaking back to 2004 levels since 2014. And what about child labour in carpet factories in Asia exporting here? What has the Govt done to combat that and challenge child exploitation to stop it for moral reasons, let alone what it’s doing to jobs here?

Cheap carpets maybe but not just from the EU. That free trade you champion, it’s caused cheap imports from all manner of countries outside of the EU (Asia, Turkey, China, India, Middle East) that have also hit us. The carpet industry has been in decline since the 70’s and accelerated under Tories in the 80’s as they decimated traditional manufacturing. Tastes have also changed towards hard flooring for instance, and since 2010 the current Govt of which you are part, have caused people’s wages to stagnate and wider economy to falter exacerbated by Brexit. People can’t buy what they can’t afford can they? But do carry on indulging in whataboutery and finger pointing to distract from the real issues as you conversely argue for such ‘trade’ on coffee.

And the coffee, yes, we should be doing what we can to support coffee growing economies through fair trade and other such initiatives. However, if it wasn’t processed here for instance, and it does provide UK jobs, what do you think would happen to those UK jobs in that sector? You seem to be preaching for free trade at the expense of UK jobs? I note you’ve been touring South America,(which actually does have processing plants – try Brazil) funny plugging coincidence that eh?

I think those in Wyre Forest who voted for you would sooner you champion jobs and trade for Wyre Forest, after all, it’s they who pay your wages as an MP.

And if you think ‘free trade’ really exists and our exit from the EU is suddenly going to mean other countries are going to open their doors to us, and risk damage to their own economy (eg USA) only to serve a Tory Brexit illusion, think on.

What we need is a proper industrial, financial, infrastructure, and jobs first strategy. And all we get is Tory chaos and egos vying for top Tory jobs. And from you…….misinformation about carpet industry, and ramblings about the coffee trade. Keep up the good work.”