What a conference! My first – and a pretty good choice. It was great to be there and I’m very grateful to have had the opportunity. I attended the Women’s Conference too, a much smaller affair but equally impressive. One slightly twitchy moment was when I was introduced to Yvette Cooper at a reception as someone who only joined the party two years ago. I was relieved not to have to explain further.
Some of my highlights:

There were frustrations, mostly to do with timetabling, time-keeping and fringe events in tiny, airless rooms with massive queues to get in. I missed loads that I’d hoped to go to but having said that, I caught some interesting and thought-provoking fringes, one very useful training event and probably the majority of the main speakers as well as a fair proportion of delegates’ speeches. The intricacies of party democracy continue to elude me, although I think I’ve just about grasped what a composite motion is.  But as for the discussion about the official definition of a contemporary motion……
Helen Coll -; Wyre Forest Labour 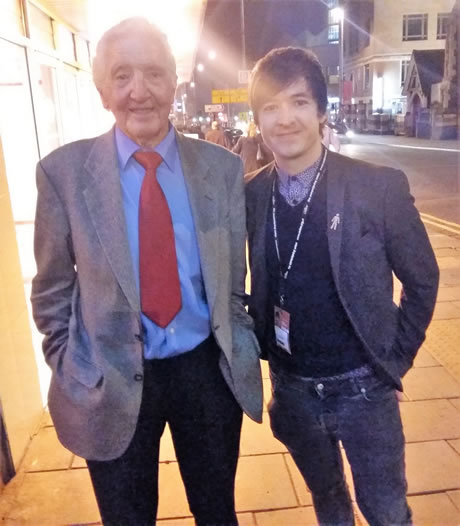 My first conference too

It was my first time at conference, I was taken aback at the levels of enthusiasm and high spirits. The fringe events organised were engaging and thoroughly interesting, with speakers coming from the party, journalists, world figures, and the deputy and Leader’s main hall speeches were particularly enticing. To be amongst such excitement, surrounded by MPs that I admire (my personal highlight was chatting to Dennis Skinner about our ever more distant MP for Wyre Forest!) was such a beneficial experience and I would recommend any who hasn’t been to think about attending next year.
Ben Davies – Wyre Forest Labour