Wyre Forest Labour today demand a pause on the rollout of the Government’s welfare reform policy, Universal Credit, following last week’s vote in Parliament and in order to address the obvious problems with it.

Stephen Brown, spokesperson for Wyre Forest Labour said “Last week we saw the Conservative Government not only lose the debate on pausing Universal Credit, but it abstained on its own flagship policy because they are in total chaos. Worse still, they then refused to honour the will of Parliament in what can only be described as a two fingered gesture to democracy, revealing their contempt for it as part of their grubby attempt to cling to power.”

After the vote of 299 to 0 to pause Universal Credit, it prompted one of their own angry Tory MP’s Sir Edward Leigh, to say “The road to tyranny is paved by executives ignoring parliaments.” While Valerie Vaz, the shadow leader of the house, when pressing Tory MP Minister Leadsom on the government’s response said. “This is where we make the law. This is not a school debating chamber. This is a disorganised government, disrespectful to the house.” 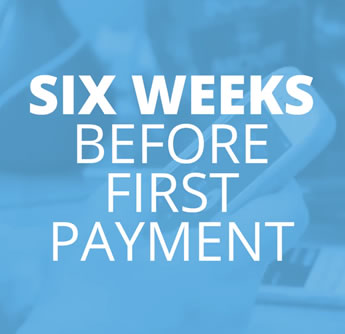 Universal Credit has been widely criticised because of the delays in paying out the benefit meaning many people fall into a cycle of debt with loan sharks, getting into rent arrears and losing their homes, causing mental and other health issues, as well as helping to fuel the demand for foodbanks. It is noteworthy that the issuing of emergency food parcels in foodbanks has gone up dramatically from 41,000 in 2010 to 1.3 million in 2016. Wider benefit cuts and low incomes are a real issue with Britain now seeing 7.4 million people from working families in poverty and some 41% of all Tax Credit claimants being in work and claiming because of low incomes. Labour firmly and squarely puts the blame for that on Tory economic policies which have seen the richest 1,000 see their wealth rise by £400billion as ordinary people’s income stagnate at 2008 levels. Universal Credit and it’s implementation is part of a Tory co-ordinated attack on not just the unemployed, but working people too. Tories proudly boasted at its inception that 3million people would be better off such is the misinformation and lies they endlessly peddle. If the benefit system collapses it will lead to a breakdown in society, more crime as is already happening, and that could lead to civil unrest. Is that the abject level of Tory ambition for this country?

In Wyre Forest, at this time, Universal Credit and as part of the phased rollout, only impacts single people but Stephen Brown went on to say “let’s be under no illusions here, the whole approach of the Tory Govt, aided and abetted by our own Tory MP Mark Garnier, is to dismantle welfare support for vulnerable people, cut benefits, and make it as difficult as possible for people to claim. Garnier has voted for every cut, every bit of welfare reform, but prefers to keep this fact quiet from his constituents to maintain his contrived chummy image.”

“Despite the national press hysteria about benefit scroungers, the reality is very different. Wyre Forest has some of the lowest earners in the Midlands and many rely on state help to make ends meet, be it working tax credits, disability payments, or housing benefit, especially when remembering we have an affordable housing crisis in Wyre Forest. Nationally, 60% of those in poverty are from working households and alarmingly have someone disabled in them. It busts the Tory myth that the best way out of poverty is by working. And you may well ask what Mark Garnier has actually done to improve the pay, conditions, and economic lives of people in Wyre Forest let alone to help vulnerable disabled people? He’ll happily waffle on about employment stats but ignore the real problems of constituents when it comes to incomes, insecure work, housing, disability and benefits. He’s famous for arguing an explosion of disability payment issues (under the new PIP) is down to a statistical anomaly rather than his own voting record in Parliament. There’s been a 15% rise in poverty since Garnier’s Party came to power and just this year, three quarters of single parent families have been hit by the latest Tory benefit caps. He’s a politician who cannot be trusted to deliver for ordinary people, he’s all about message over substance and is a classic ducker and diver to avoid being exposed by the truth.”

Wyre Forest Labour is of the view that Universal Credit should be paused and the problems with it put right, especially around delays in making payments and assessments, and reducing the 6 week wait for the first payment. One little known fact is that Universal Credit is particularly detrimental for low paid self-employed people. They can see their benefits dramatically cut by up to £1500 a year because of the way Universal Credit is assessed based on the variable and seasonal nature of the income they earn. Wyre Forest has over 7,000 self employed, many of whom are low earners, and if they claim Universal Credit in its current format they may be in for quite a shock. Universal Credit is a disaster waiting to happen in Wyre Forest, just as experience elsewhere shows, so it must be sorted. If it is not put right, many more people in Wyre Forest are going to get hit by it, and rightly wonder just what their Tory MP is doing to earn his not insignificant salary in supposedly representing them in Parliament on these important issues.

Stephen Brown concluded by saying “Wyre Forest Labour is the only Party locally with a vision for improving the lives of people in Wyre Forest. It will take a massive effort to reverse the damaging Tory cuts but come the next election that is what Labour will offer and we hope a Wyre Forest Labour MP will be part of that. We want a fairer benefit system, better pay and protection at work, more social housing, a better NHS, and investment in education, infrastructure, and public services. A General Election can’t come soon enough for us so that we can build a constituency and country for the many, not the few. Labour is the only Party that offers the many in Wyre Forest some hope. Mark Garnier and his Tories are finished, and he hasn’t got the backbone to stand up for his constituents. He’s a careerist politician more interested in his overseas junkets.”

Our campaign to fix Universal Credit