Many women in Wyre Forest will be deeply offended by the inappropriate language and behaviour of their MP, Mark Garnier. Many women, and no doubt men, will also rightly ask is this any way for an elected representative to behave?

Unfortunately, it shows that we still have a long way to go to change the attitudes of some people in our society towards women if we are to become truly gender equal. 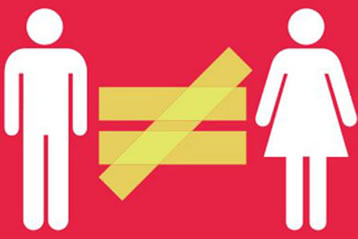 Sadly, it appears Mark Garnier has offered no meaningful apology, has shown no remorse by saying it is merely ‘high jinks’, and instead tries to blame the victim by saying she’s using it against him. It demonstrates not only his appalling views towards women, but an alarming lack of awareness on gender equality issues that raises wider questions about his abilities and judgement as an MP. Passing things like this off as a joke, as MP Diane Abbott says, is one of the reasons it is not effectively being tackled.

We judge our elected representatives by their actions, and whilst recent events shows sexism may be a wider non party political issue, this issue IS one for the people of Wyre Forest alone. Why? Because Mark Garnier has consistently voted in a way that highlights his lack of support for gender equality and you simply cannot separate out this scandal from his wider attitude towards equality and women. He has demonstrated consistently a level of hypocrisy between what he says publicly in his Shuttle Page, and what he does in Parliament. He has voted against equal marriage seeking to justify it based on a number of letters he received; but just as importantly politically, socially, and economically – he has voted for every measure of austerity and which by design has a disproportionally higher negative impact on women compared to men. Never mind what impact his votes have had on the disabled with the likes of the bedroom tax, or PIP, or closing services like women’s refuges and Children’s Services, or with Universal Credit, or the homeless, or our war veterans who make up one in ten of the homeless.

So, Mark Garnier is not representing ALL of his constituents equally, and this recent scandal highlights what we in Wyre Forest Labour Party have been saying about him, his hypocrisy, and his voting record in Parliament for a long time. That it takes a National Newspaper sex toy scandal to highlight to his constituents his dinosaur attitude towards women, should not however be allowed to detract from his failure to represent his constituents in Wyre Forest in a fair and equal manner. If nothing else, if he manages to hang on to his seat following this latest revelation, and we have previously called for his resignation on other issues, let’s hope people now start to scrutinise what he says and does locally far more robustly and hold him to account. Wyre Forest deserves better from its MP, and it’s up to everyone to demand that of him, otherwise he’s just going to keep getting away with it.