Impressive Kidderminster turnout in campaign to save Ludlow Road

Wyre Forest Labour who organised a stall to collect signatures for the petition to save Ludlow Road was hailed a “great success” today (Saturday 13th January).

Parents and their children from across Worcestershire, along with family and friends, community activists, Wyre Forest Labour members, and Labour colleagues from Bromsgrove Labour turned out in numbers to get their message across and to urge people to sign the petition. A remarkable show of support of over 60 in number managed to gather another 743 signatures for the petition to save Ludlow Road Short Break (Respite) Centre in Kidderminster.

A simultaneous stall was also held by Evesham Labour Party as part of a joint campaigning day on the NHS and other issues important to local people. Across the County, Labour branches have also pledged to do similar and collect signatures for Ludlow Road, to show this is a campaign with a growing momentum to protect vital NHS services like Ludlow Road. Labour believes our communities have had their fill of Tory austerity policies and their willing agents of delivery like Worcestershire County Council. The mood of the people has changed and vulnerable people should not be paying the price for the Bankers greed. 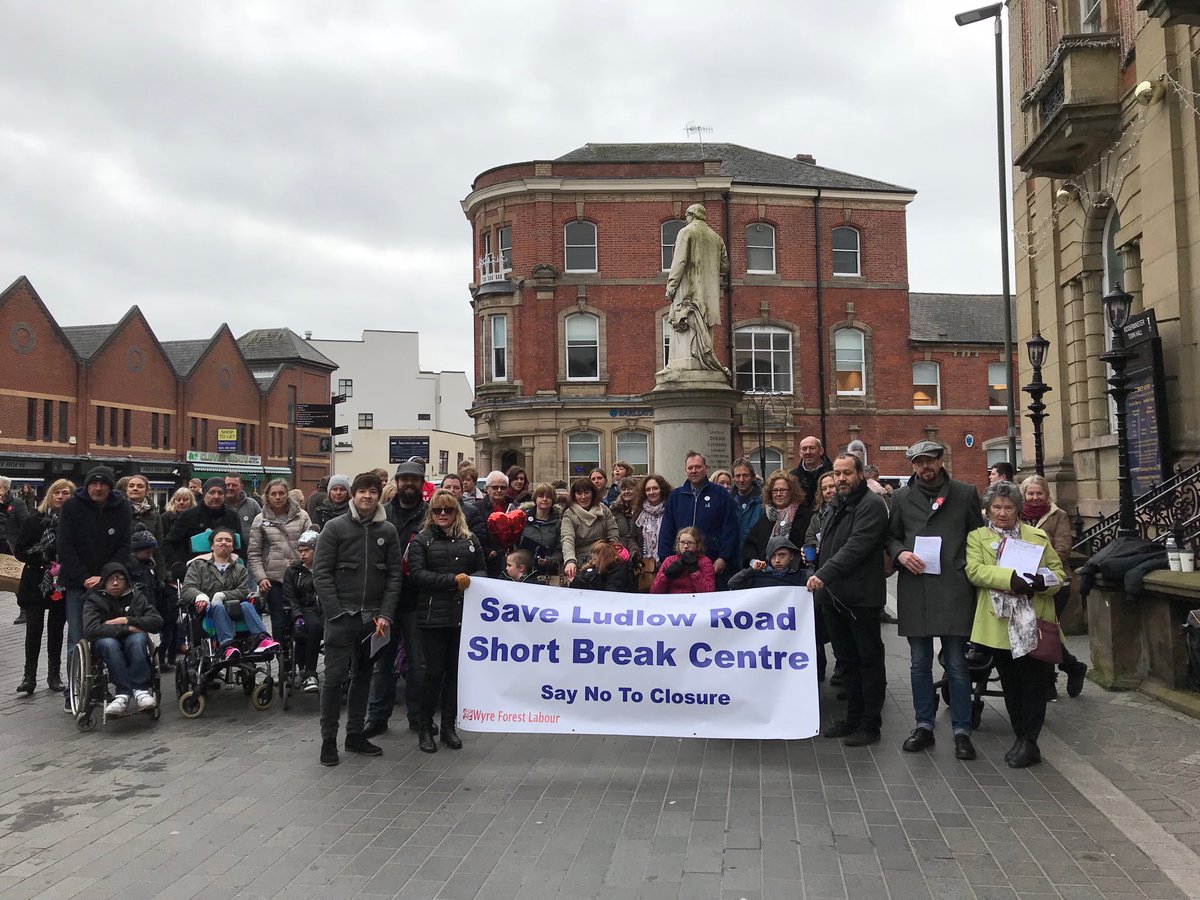 For Wyre Forest Labour, Stephen Brown, said “What can you say? It’s an amazing turnout from everyone and today has been a great success. My thanks to Labour’s Ben Davies for organising it, and to Amanda Danby for coordinating the parents’ and their children’s presence. Labour across Worcestershire is supporting the parents in their campaign and I’ll be doing what I can to advise them and represent their interests.

“Today’s event shows the strength of feeling of people across our local community and beyond to save Ludlow Road. We’re talking about a unique NHS facility in Kidderminster that does an incredible job for the disabled children in their care and for their families. It’s a home from home for the children with the strongest bond of trust and confidence imaginable that should never be broken. It can take the parents and children considerable time to settle, establish the levels of trust required so that both feel comfortable, and those bonds seem completely irrelevant to the bean counters and Tory politicians at County Hall.

“Over the next few weeks, we’ll be collecting more signatures, engaging in more events, lobbying politicians, and delivering our message wide and far. Our aim is to deliver the petition to the Council and look those decision makers in the eye and ask them to recognise the consequences of their actions. Consequences which are real, and affect some of the most vulnerable children and families in our community. Our elected politicians must do their best to protect them as part of their duty of care, and keep Ludlow Road open, working with their partners in the NHS to achieve that. If they fail to protect our most vulnerable people then they really need to ask themselves what it is they think they’re achieving as politicians. We are at a crossroads and they can still do the right thing by these parents and children by saving Ludlow Road.”