Despite the cold and rainy weather on Saturday 3rd February, a good number of people turned up to support the “Fix Our NHS” Demo in Kidderminster.

Although organised by activists from Wyre Forest Labour, it was made clear that this was an open, and non politically partisan event, to highlight the problems in the NHS. The message was to keep it a public service, and restore funding levels to the universally accepted historical norms of 4% per year increases to keep pace with both inflation and demand. The cost of not meeting this historic funding level since 2010 has meant the NHS has seen a real terms cut of 3% per year, which has directly lead to the problems it faces. Worcestershire NHS has seen a loss of funding of over £30million since 2010, and any organisation would struggle under such financial restraint. 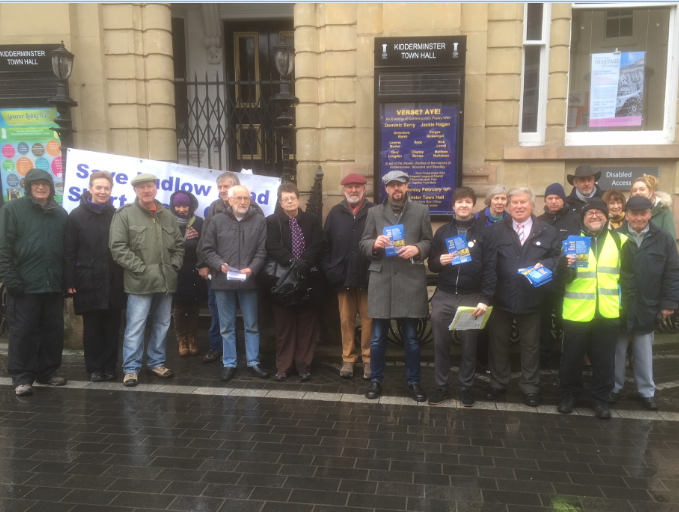 Ordinary people came along, as well as representatives of Health Concern, and the Green Party, who stood alongside Labour members. This level of solidarity on the NHS is testament to the fact that Wyre Forest cares very much about our NHS and will do all it can to save our NHS.

Stephen Brown, Labour Media Officer said “I’m grateful to everyone who turned out in the bad weather today to support the ‘Fix Our NHS’ Demo and to engage with the public about why saving our NHS is important. Having a mix of ordinary people and representatives from both Health Concern and the Green Party turn up shows it’s possible to put differences aside and put the NHS first. My thanks go to all for attending, and to the public for their obvious interest in listening to what we had to say to them. It’s clear the NHS is important to everyone and they want the NHS properly funded.”