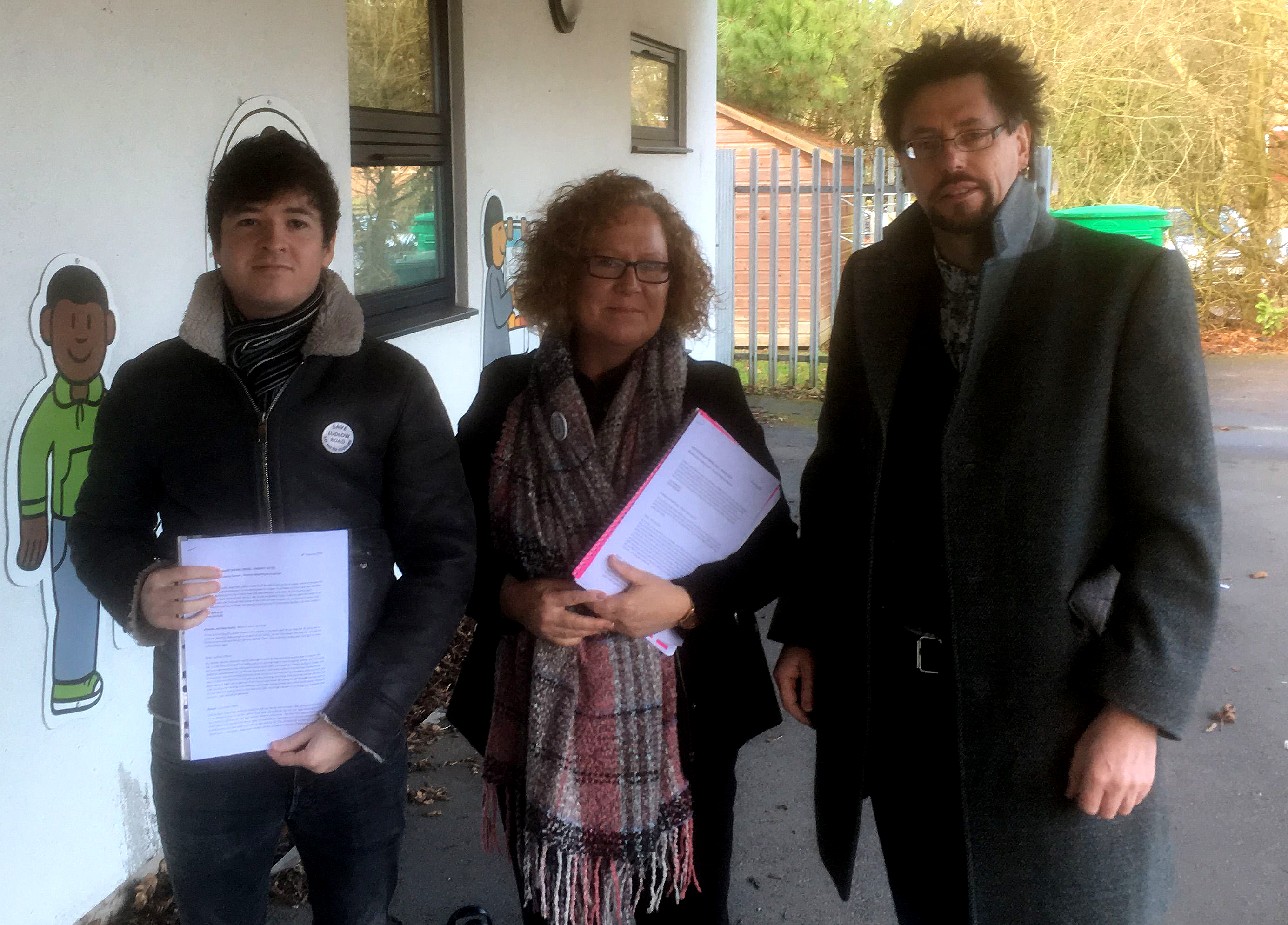 The meeting did not go smoothly, and can be described as “frosty” at best. It did not start well when Ms Herbert advised campaigners that the purpose of the meeting was to go through the consultation document relaying what their plans were. Essentially, this was a way of telling campaigners about the ‘alternatives’ for Ludlow Road. Campaigners were told that if they wished to say anything about their views on the closure of Ludlow Road, they had to be submitted through the normal WCC consultation portal on this matter.

Campaigners raised objections to this and stated they will speak about the parents and public’s views, and will submit to the meeting the documents they had come to submit. Namely, the collective parents letter outlining their views and fears over this closure, and the public’s comments arising from the campaigner’s petition (attached).

Eventually, Ms Herbert accepted this position but under duress, and got quite flustered at points. Equally, in the opinion of campaigners, it raised questions about how genuine this consultation process is, if this is the way officers of the council were running it. It was clear that council officers wish to control both the information flow and agenda.

Amanda Danby complained in the meeting that her one-to-one consultation meeting was essentially about the council officer wanting to ascertain whether she would accept the alternatives on offer, “yes” or “no” and not about discussing the impact of closure on her son or her family. Amanda did also express the views of parents about this potential closure, speaking about the collective letter drafted by several parents, and the difficulties with the alternatives on offer.

Ms Herbert went to great lengths to explain about the 4 ‘new’ beds at Providence Road & Osborne Court and how they would make up for any Ludlow Road closure. Never mind the difficulty with travel to locations further away or the impact on families in the view of campaigners. Indeed, two of these ‘new’ beds were not new at all, they had been introduced a few years back but not used because there was no funding available -; a stark warning if any was needed about the impact of further cuts going forward. Additionally, Ms Herbert believed their plans were about providing the same level of care as now, even when “in the community”. Although Ms Herbert also confessed under questioning that the proposals to close Ludlow Road were being caused by more recent Government cuts, and consequently in the view of campaigners, it could never therefore be about better or equal care plans.

Campaigners could not reconcile how the cuts equalled providing the same care, nor how it would not place extra burdens on the health and care system down the line. Campaigners argued this is more about saving money and not maintaining or improving services as being claimed by the council. The council doesn’t really wish to consider the overall picture, only their own finances. A lot of Ms Herbert’s presentation focused on money, savings, facilities and beds, but little in the way of impact on the disabled children and their families. Campaigners made the point strongly that this decision is all about impact on the families, and when challenged Ms Herbert did say she will put parents views in the consultation report she drafts to Cabinet member Cllr Roberts. Parents collectively will also get the chance to meet Cllr Roberts, after the report is finalised and before he makes the final decision.

Ms Herbert stated that 7 of the parents had indicated their acceptance of alternative provision. Of course, what campaigners did not know at that time was how other parents consultations had gone. At that time, campaigners only had Amanda’s experiences to refer to. Campaigners now know, this particular consultation is, yet again, a WCC fix. Other parents have since reported to us that Amanda’s experiences in her one-to-one consultation were not unique. Evidence of this is also attached in the parents Faceboook users group, albeit only those parents prepared to go on record. You can imagine that parents are very nervous about this and saying in public what happened publicly in their private meetings. It is clear parents felt under pressure, and are worried about such disclosure on their own vulnerable situations. 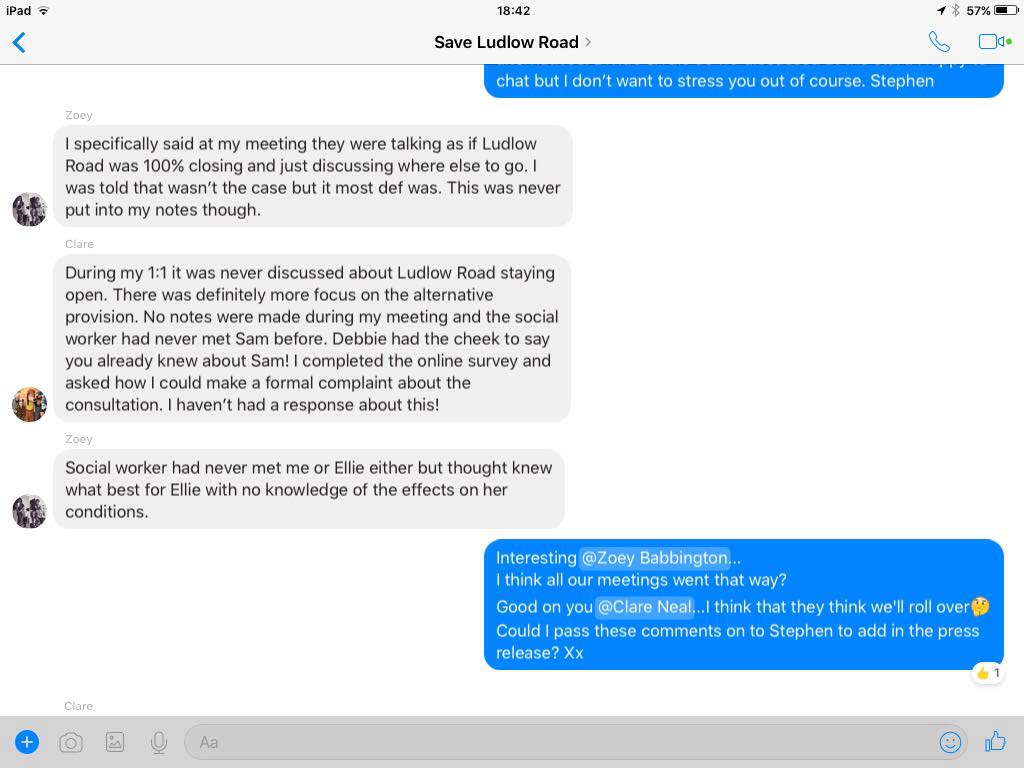 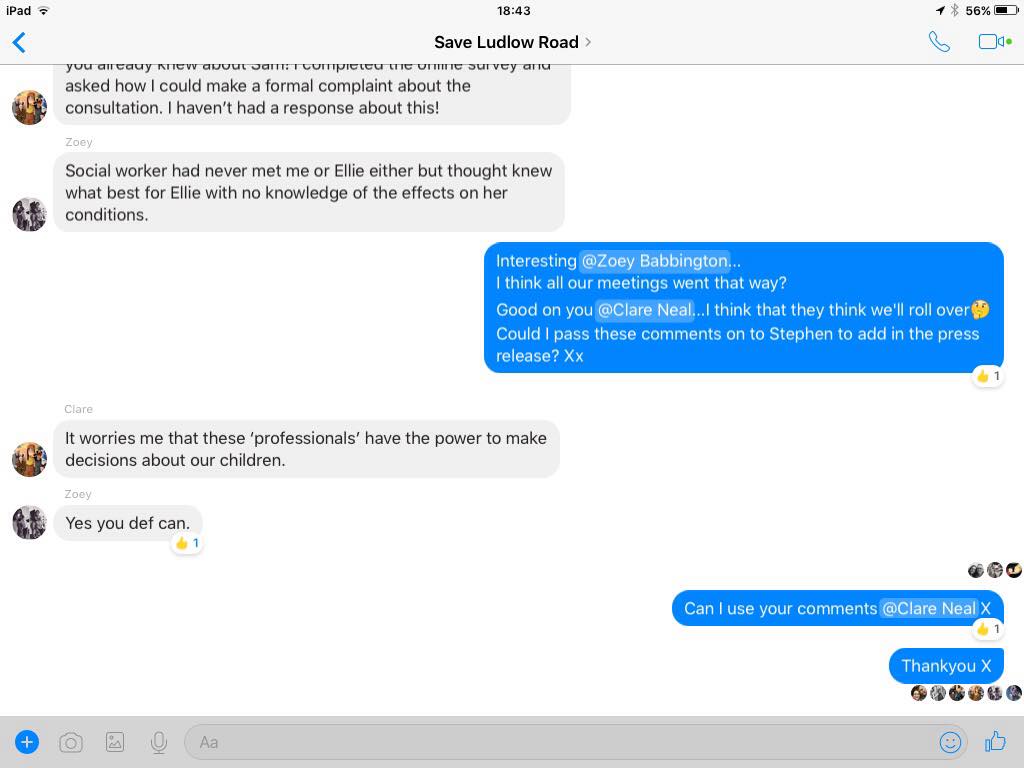 “What is becoming clear is that this Council consultation is a sham. It’s about pressurising vulnerable families and by default, their disabled children, into accepting the alternatives the Council prefer to present so they can save money. At the same time, the council is dressing it up as something the parents are happy to accept and as being appropriate care plans. Well parents are not happy about it and neither are campaigners. Let me make it quite clear to the council that if they continue down this path and do end up closing Ludlow Road, and on the false premise that it’s what parents want, it won’t be the end of the matter. We are prepared to take this fight as far as it needs to go. Councillors and Officers need to ask themselves is this what they signed up for when standing for election, or becoming involved in the caring profession? What kind of society do they want for our most vulnerable children? The parents collective letter is heart wrenching and says everything that needs to be said about why Ludlow Road should stay open. Any decision to close Ludlow Road will be borne of callous indifference to the plight of the disabled children and their families. A civilised society, the 5th richest country in the world, would not allow such a closure to happen. The council should pull out all the stops to keep Ludlow Road open”

Campaigners will be taking their message to full council Thursday 15th February. There will be a demonstration at County Hall at 9:00am before the council meets at 10:00am. Amanda will be delivering the heart wrenching parents letter and petition containing over 8,000 signatures against this closure.