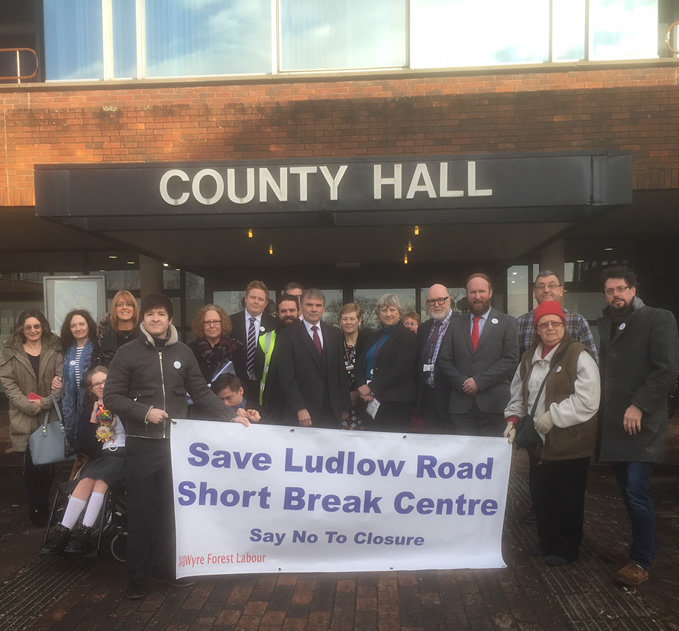 ‘Save Ludlow Road’ Campaigners today (15th February 2018) took their message to full council at Worcestershire. A collective statement from parents and the 8,000 signature petition was delivered.

Stephen Brown, Wyre Forest Labour said “Parent Amanda Danby today passionately delivered a tearful appeal to save Ludlow Road at a full meeting of Worcestershire County Council. Her own words, her own emotions, explaining the stress the consultation and possible closure has caused her and her family. No one could fail to be moved by what Amanda said as she tried in vain to hold back her tears and had to stop several times to gather her thoughts. Fellow parent Tracey Rochelle read out another letter from a parent pleading to keep Ludlow Road open. All as councillors listened intently. They both received prolonged applause from councillors when they’d finished, such was the powerful impact. If Ludlow Road is closed after this, you can only conclude that the ruling Tory Cabinet really don’t care.”

Amanda’s message can be seen in the screenshot picture.

The fight goes on…… 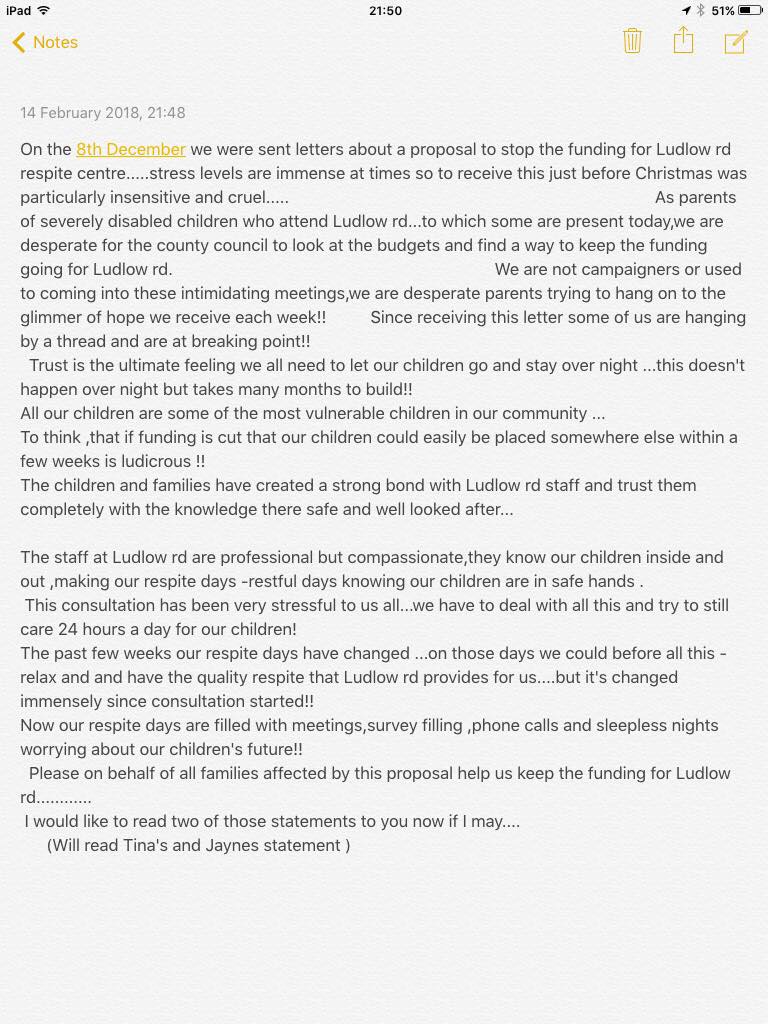