Wyre Forest Labour recently drew attention to a sneaky Tory plan to cut the free school meals of 800 of Wyre Forest’s poorest children. Labour has managed to force a vote on this issue in Parliament this week.

Wyre Forest Labour is urging Wyre Forest’s Tory MP, Mark Garnier, to vote with Labour and protect free school meals for the children of some of his poorest constituents.

This week will see a vote on this matter that Labour has forced in Parliament. Our Tory MP Mark Garnier has been decidedly quiet on it. The fact that the price for the DUP propping up this moribund Tory Government is free school meals for the poorest in Northern Ireland not being under threat of being removed says it all. What’s good enough for Northern Ireland’s poorest families is good enough for the rest of the UK. Well this week we’ll get the chance to see whether Mark Garnier again reveals his true Tory colours. If he votes to cut free school meals from 800 of the poorest kids in Wyre Forest we’ll know for sure he holds his poorer constituents in contempt. No doubt he’ll try and dress it up in platitudes about him really caring but most of us know his usual routine in baloney when we hear it.

In responding to Mark Garnier’s reply to my letter on 800 children losing free school meals in Wyre Forest, Stephen Brown said “I’m not misinformed Mark, and frankly it’s a lazy excuse because children will lose out when they change schools, so my figures of about 800 in Wyre Forest are accurate over the timescales I predicted.”

“This is all about the Tories cutting £600million from Universal Credit and Mark should just be honest enough to admit it. But policy honesty isn’t his strongpoint is it.”

“Nor is anyone suggesting 50% of children should or are eligible under Universal Credit so that’s a red herring. This is about the Tories slashing the threshold on earnings in half, with the result being local children in the poorest families being targeted and losing eligibility for free school meals. The fact Mark demonstrates no empathy with the impact of that is revealing in itself of his lack of concern for a good number of his constituents.”

“Is Mark also suggesting we should align with all Scottish practices then? How about scrapping student tuition fees then for a start? A vacuous reply in my opinion but at least Mark replied. There will however be a health and social care impact down the line, which will result in additional cost to the taxpayer, so this is a brutal and unnecessary cut meaning it’s ideologically driven and a false economy.”

Thank you for contacting me about eligibility for free school meals under Universal Credit.

You may be encouraged to learn that the Department for Education recently ran a public consultation, seeking the views of parents, schools, local authorities and charities on eligibility for free school meals. In light of this, the Department has proposed transitional protections so that nobody currently receiving free school meals will lose their entitlement when moving onto Universal Credit.

Can you tell me which way you’ll be voting this week on this matter please now that there will be a vote forced through by Labour?

I’m sure the parents of the 800 children who were set to lose out under the originally intended non votable statutory instrument would be keen to know where you stand.

Keeping their free school meals or voting for cuts of another £600million to some of societies poorest and most vulnerable children?

I hope you vote against this cut and would urge you to do so.

There are around 12,000 children of school age in Wyre Forest, and 3,400 of them will already be living in households deemed to be in poverty. The average eligibility in the Midlands for free school meals is 14.9% and in Wyre Forest it’s higher at 18.9%.

It means we currently have a potential for 2,200 children to benefit from school meals in the District, which is less than the 3,400 deemed to be officially classed as living ‘in poverty’. If this Tory plan happens, I calculate that we could see free school meals eligibility cut by 36% and 800 children in some of the already poorest families losing out. 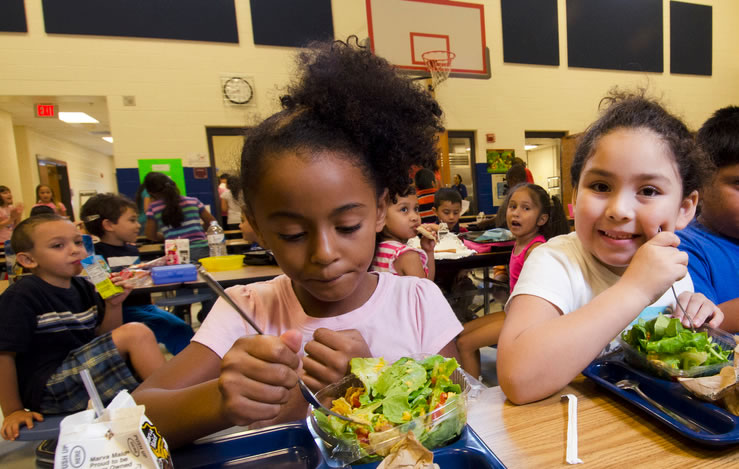 Low pay is currently a huge problem in Wyre Forest with 8,500 affected. Just how they’ll cope when many of them find out from their upcoming Universal Credit assessment it will mean the loss of free school meals for their children is anyone’s guess. I can’t see their employer readily agreeing to pay them £1,000 extra a year to feed each of their children just because the Tories think it’s a good idea to remove their free school meals. Can you? Whilst Wyre Forest MP Mark Garnier trumpets falling unemployment in the District, the reality is, it’s based on false statistics and a low wage, low employment rights, job market; and under this Government, and with a Tory Brexit, there seems little chance of an economic boom to increase workers’ wages. In 8 years he’s done nothing about low pay which has stagnated at 2008 levels. In 8 years he’s also voted for every welfare cut and every austerity measure that detrimentally affects the most vulnerable. This will be another example of that. So, my question to Mark Garnier is, ‘given the reality of low pay here, how many families will be hit by this change, how many children will suffer, what’s he going to do about it, and does he even care?’ I suspect the answer will be, ‘don’t know, don’t know, nothing, and no’. The usual mealy mouth platitudes and a letter to the Minister aside of course.

Wyre Forest needs a people’s champion as MP to address some of the serious economic, poverty, health, housing, and educational attainment issues we face. Mark Garnier is not that champion, he just sees us as ‘dog end voters’ who, when his cuts hit, are mere ‘statistical anomalies’. He’s ill equipped to be our MP. Nevertheless, I’m urging him, if he really cares about his constituency, to resist this plan and vote against it. The question is, does he have the guts?