Wyre Forest Labour today reacted with disbelief at the financial incompetence of Tory run Worcestershire County Council, when it was revealed by the NHS that the council’s costs figures used for the basis of the consultation to close Ludlow Road, are actually nowhere near the sums the council claimed.

It was the council’s claim that Ludlow Road was too expensive to run that prompted their decision to start the consultation to close the service, but NHS figures now show it costs £166,000 less than claimed per year and, it is in fact, Osborne Court running at a loss of some £237,000 per year.

The decision to close Ludlow Road in Kidderminster, which offers respite to some of the District’s & County’s most disabled children, so’s to allow their parents a break to recuperate, caused outrage from parents. It prompted Wyre Forest Labour to launch a campaign to save it and support the parents affected as it quickly became clear that the council’s consultation was deeply flawed and shambolic in approach. A campaign that has seen the parents gain considerable confidence to take on the council and now own the issue and the campaign itself, and in which they have been hugely successful with Labour’s help. It also triggered a Report from the Council’s Scrutiny Committee as other Party’s politicians came on-board to express concerns, and which was highly critical of the council’s consultation and proposal.

Wyre Forest Labour’s Stephen Brown said “What these figures reveal is a staggering level of incompetence and political manipulation of the process, all so the Tory council could achieve its objective to shut this much needed and very valuable service. It’s quite unprecedented and heads should roll. The political leaders at County Hall seem to have completely lost sight of their duty of care to the disabled children, the children’s families, and the council’s own responsibility for due diligence when paying for such services. The children and families should be their priority here, not slavish adherence to their austerity agenda for political reasons. However, we shouldn’t be surprised given the mess that the Tories have gotten their services and finances in but this takes even that up a shocking level. When will they wake up and realise the damage they are doing? If the council plough ahead to close this service, they will quite rightly find themselves on the end of a legal challenge. It has also cast a spotlight on the running of Osborne Court and I think the parents of the children there need some immediate reassurances. We set up the campaign to highlight the childrens and parents cause and it’s fantastic how parents have become empowered, with our initial help, to take on the council. This really has been about a community coming together to work for the good of the community against uncaring authorities.”

Tracey Rochelle, and Amanda Danby, from the parents group, expressed their frustrations with it all issuing a joint statement saying “Parents are demanding an urgent meeting with the council and the NHS to get to the bottom of the figures that clearly don’t match the information the council told parents originally. Do the council even know how much they are spending on Ludlow Road? Because as far as we can see they haven’t got a clue. It’s far cheaper than they think and without the funding for Ludlow Road, and if all the children move over, Osbourne Court could potentially go into crisis. They have either mislead us or don’t know how or where their money is spent.”

The costings are listed below: 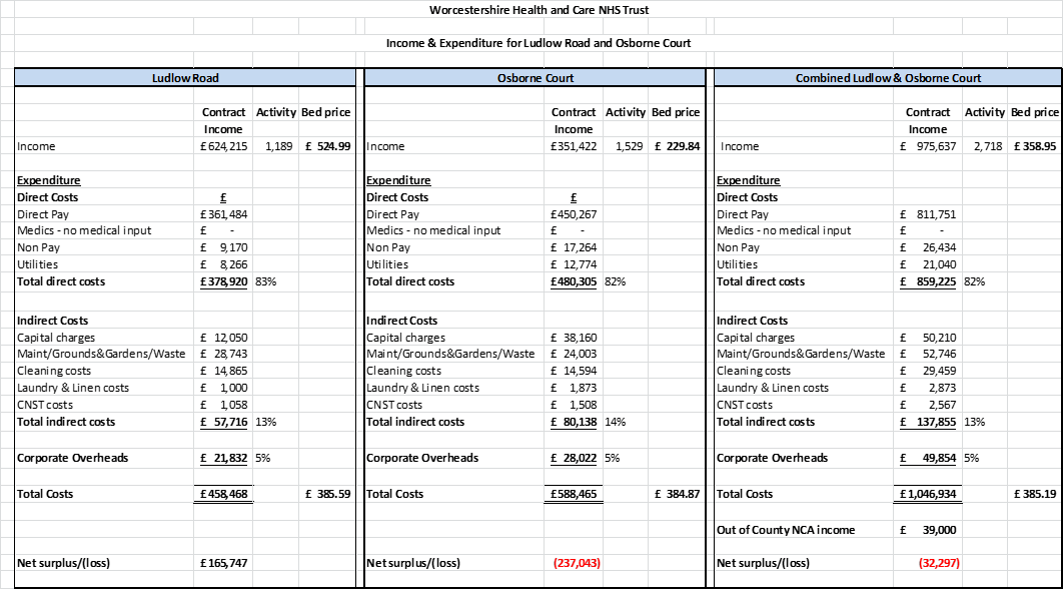